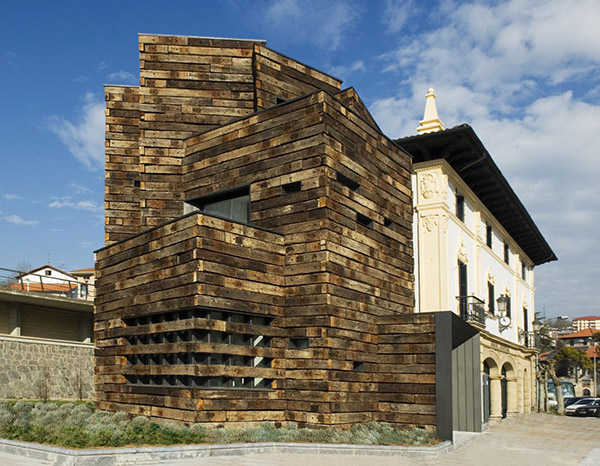 San Sebastián based architectural firm Estudio Beldarrain have created a new extension to the Municipal Library in Azkoitia, Spain using reclaimed railway sleepers. The library itself is a converted station building, but the old railway track had been removed. In order to put the building back into context, the new modern extension was clad with railway sleepers, making reference to its history and original function. Windows to the south side of the extension also overlook a boulevard where the tracks once stood. Its irregular shape is a partly dictated by the layout of the spaces within, but also creates the illusion that the sleepers have just been dismantled from the railway track and piled up next to the station. 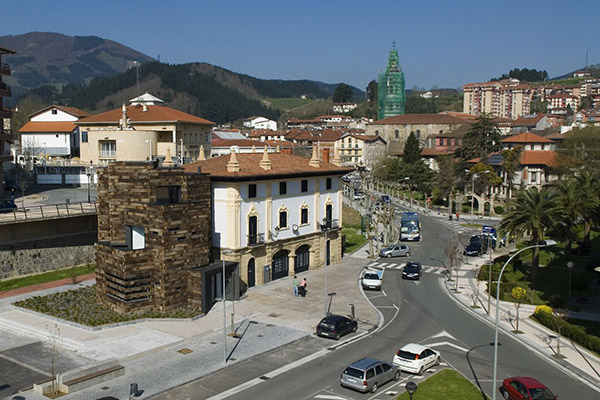 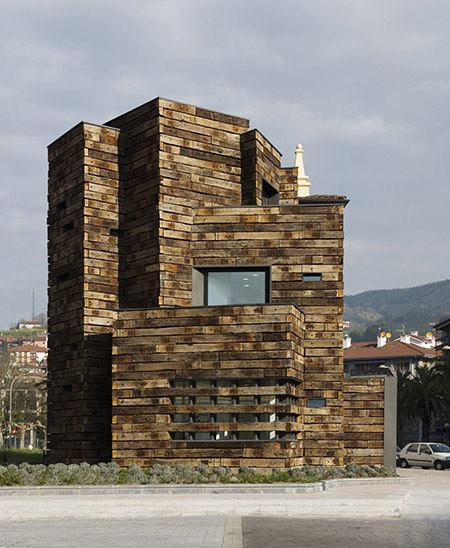 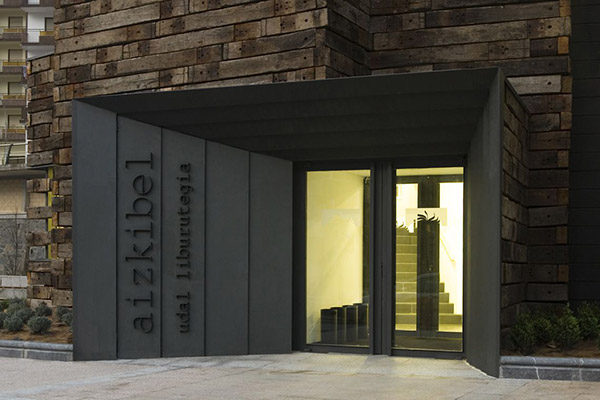 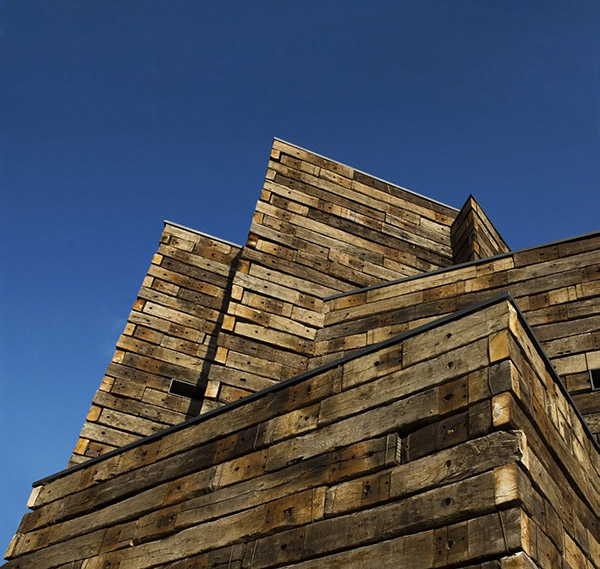 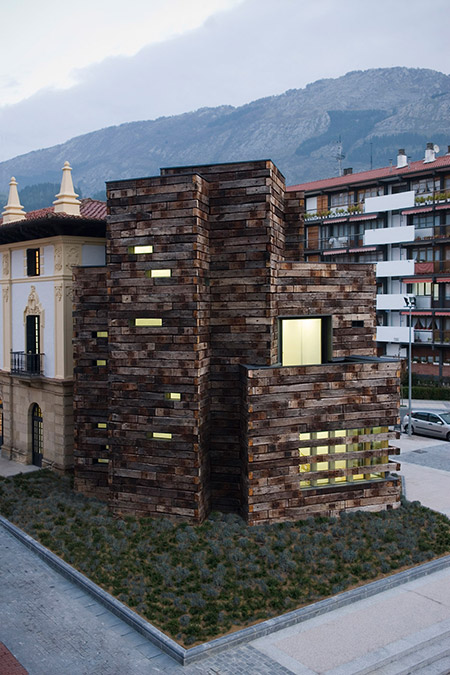