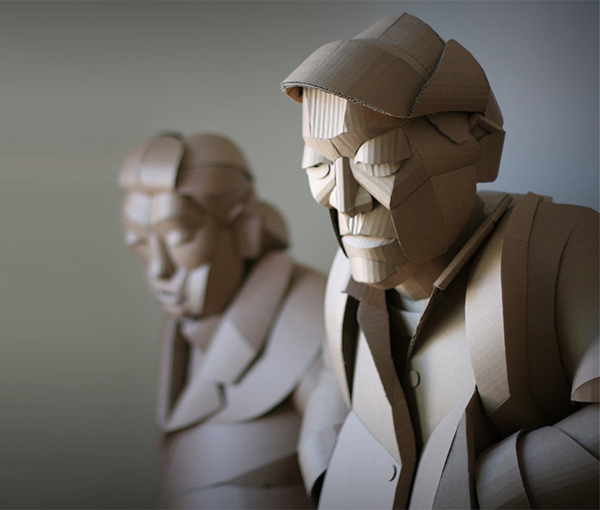 With more of us shopping online, cardboard packaging is fast becoming one of the most ubiquitous materials we discard on a daily basis. Elevated from its humble status, this post explores how artists have been able to exploit its creative potential in unexpected ways, through the work of five modern day masters of cardboard art and sculpture. 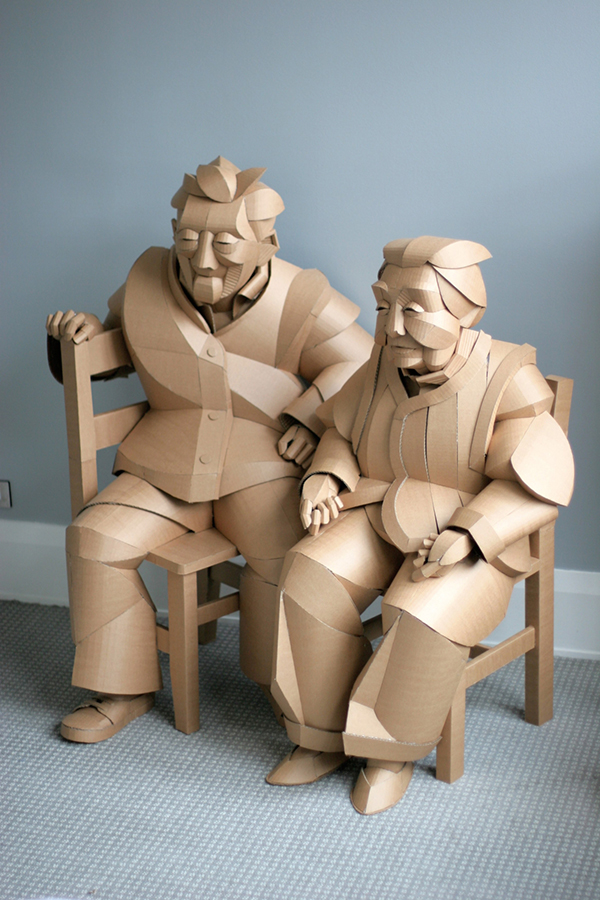 New York artist Warren King travelled to China in 2010 for the first time, to a village in Shaoxing, where his ancestors once lived. Some of the locals he met remembered his grandparents who had left 50 years previously, before the Chinese Civil War. The experience inspired him to make life size sculptures of the residents, one individual at a time, in discarded cardboard. The characters are abstracted and the backs of each figure are left hollow, revealing the intricate construction of piece. The artist chose this commonplace material because it somehow captured the limitations of the connections he was trying to reconstruct, but he was able to capture an incredibly lifelike and human demeanour nonetheless. 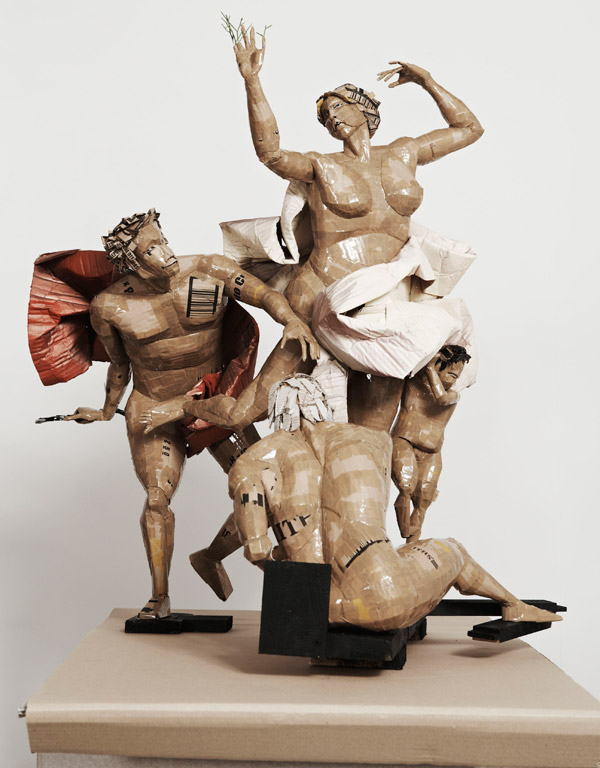 British artist Dylan Shields challenges our perception of high art by creating sculpture from cardboard, a seemingly throwaway material, to reconstruct biblical scenes or those from classical mythology, usually associated with the Old Masters. 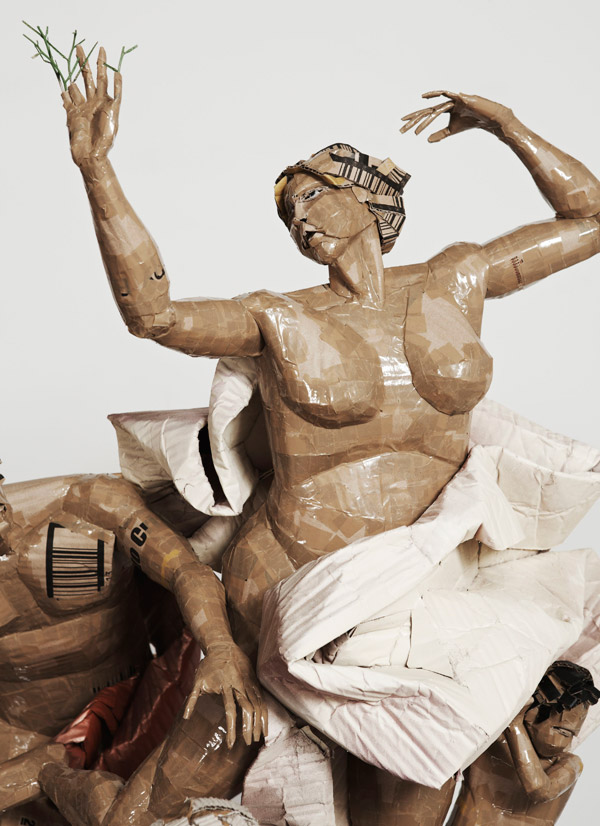 Apollo and Daphne (detail above) is a unique interpretation of the classical myth made entirely from recycled cardboard. The Sacrifice of Isaac 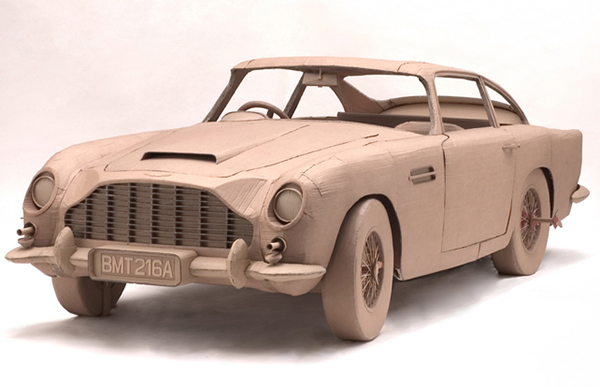 Chris Gilmour is a British artist based in Italy who makes sculptures of everyday objects – often mechanical, out of cardboard. On his choice of subjects for his work, the artist says,

Since this is both a visual and conceptual work I choose objects for their visual appeal and cultural resonance, but I also usually choose objects which imply an action or interaction of some sort. The interaction with the works seems to create a kind of short circuit in the viewer: you want to open the car door, or turn the wheel on the bike, but of course you can’t. It’s an interesting effect to observe and I think this immediacy is important to enter the work, to grab the viewer. 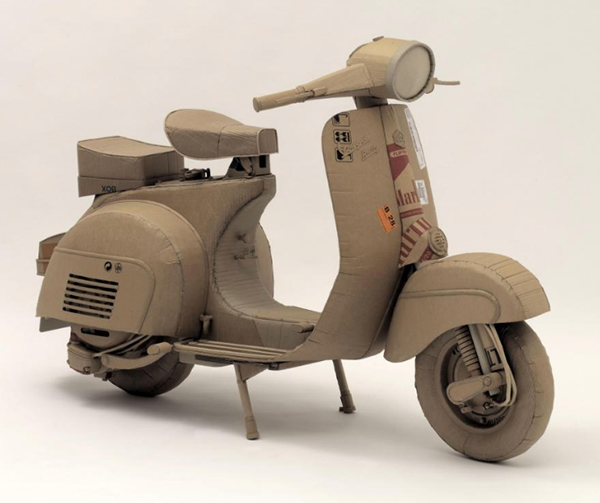 Having initially employed clean pristine cardboard, he now uses cardboard boxes found on the street with printing, tape and labels intact. The immediate access of cardboard and its freedom from cultural weight is what draws him to the material. He says, “It’s a way of creating a language which is understood by many.” Above – Vespa Rally, below – 3 Bikes. 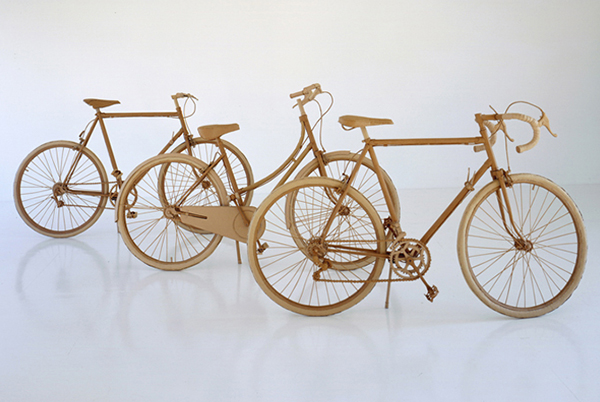 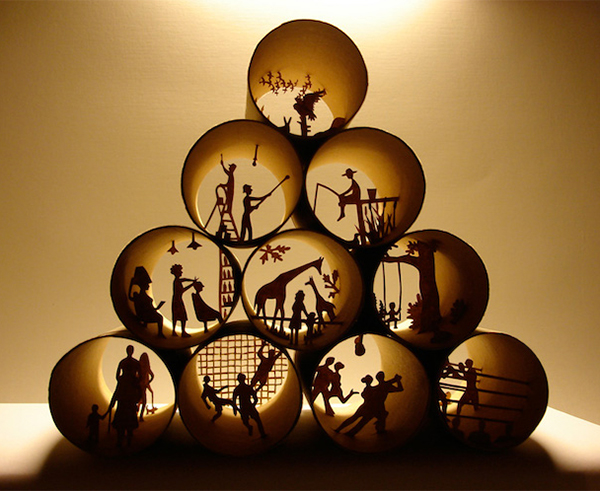 It’s almost impossible to believe that such everyday scenes could be so beautifully captured inside the humble toilet roll. These magical and intricate creations are painstakingly hand made with the use of tweezers and cut-out paper by Parisian artist Anastassia Elias who also works as a painter and illustrator. 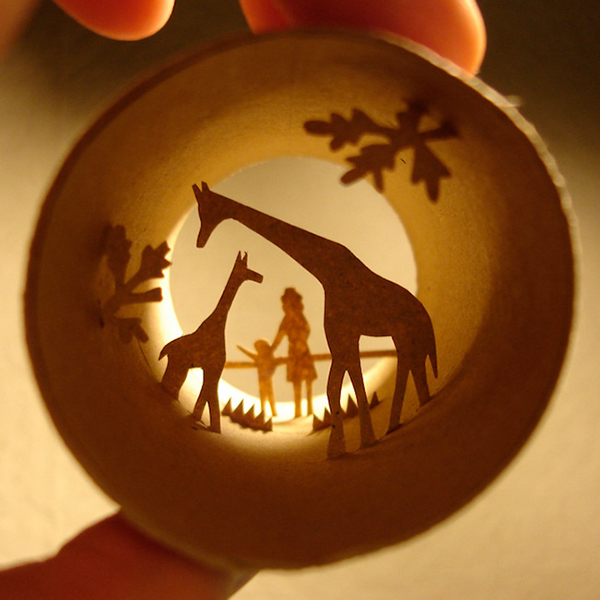 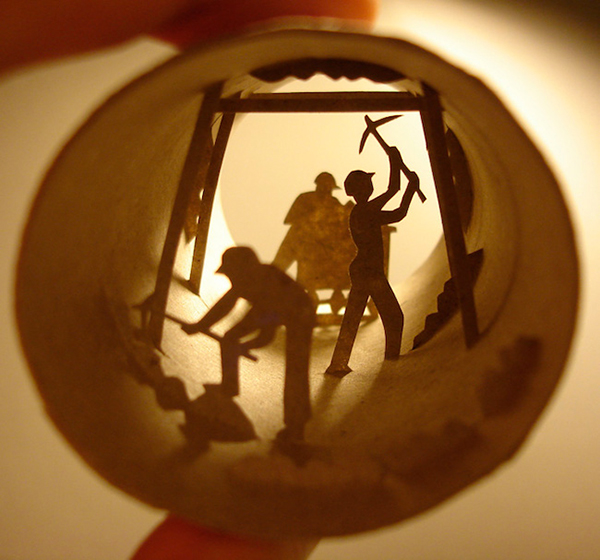 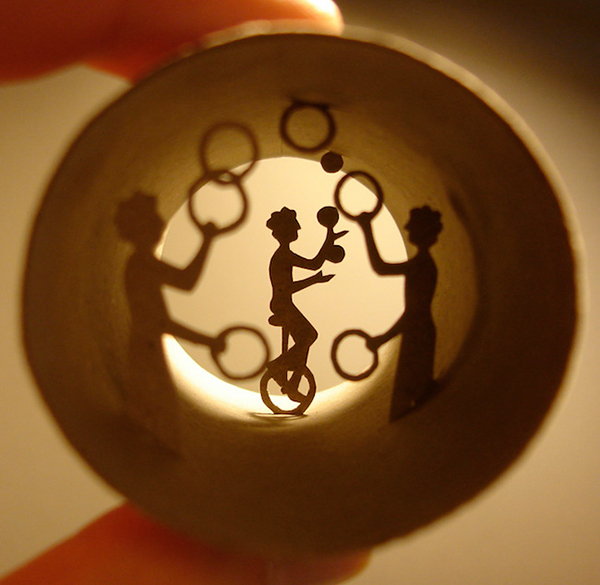 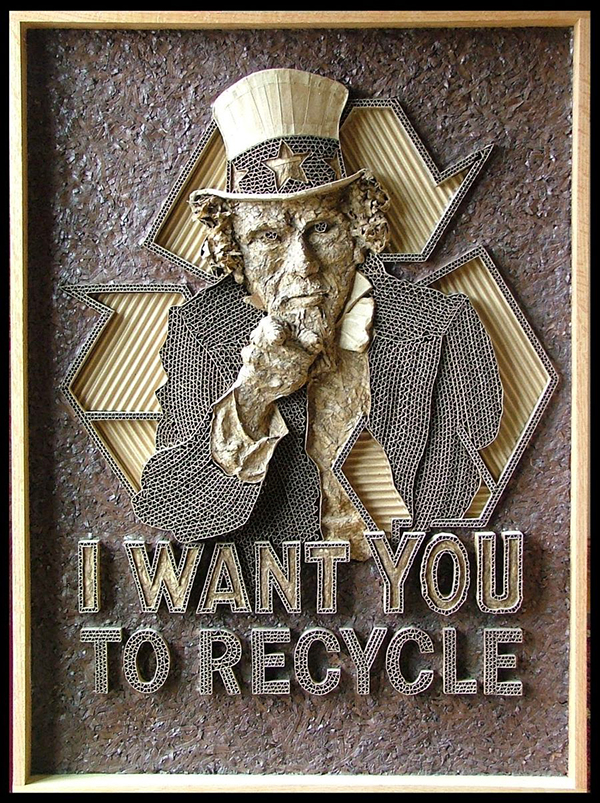 Mark Langan is from Cleveland, Ohio and since 2004 he has been working with reclaimed corrugated cardboard boxes and non-toxic glue to create works of art with a powerful message. He aims not only to contribute to the recycling movement in his own small way but to inspire others to ask of themselves what they can do to help. 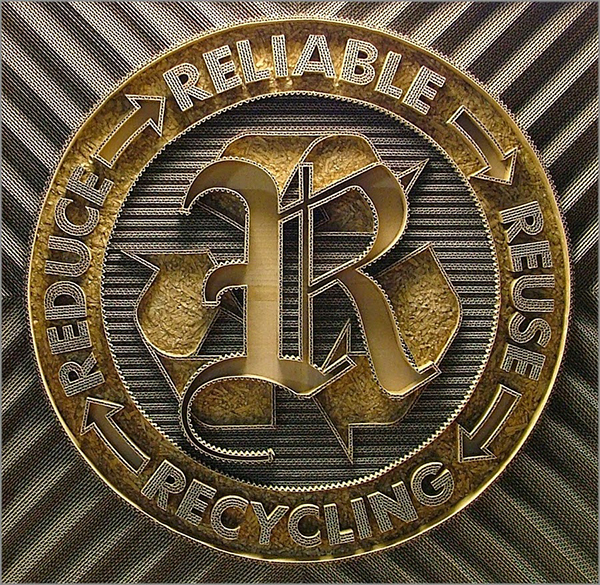 The strong graphic element to Mark’s work and his ability to recreate typefaces and logos in cardboard has meant many of his works have been commissioned for paper and corrugated card manufacturers, green organisations and recycling firms.