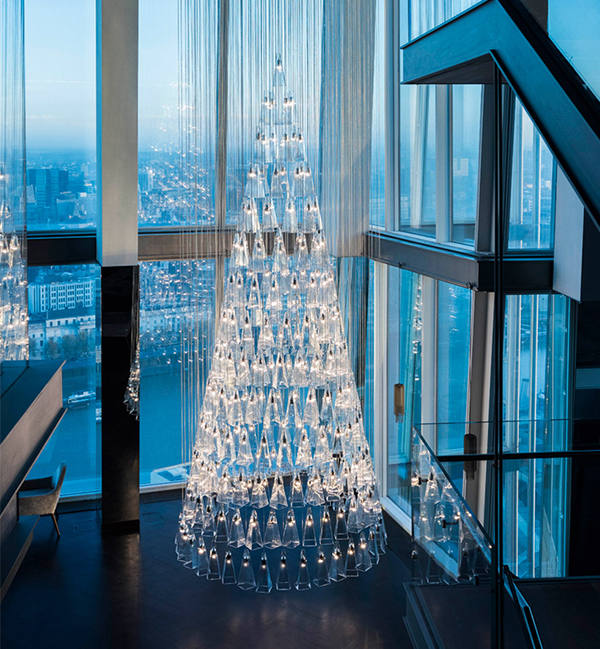 I used to believe that Christmas just isn’t Christmas, without a real tree. There’s just too much nostalgia associated with that familiar pine scent. But our obsession with having a real tree, is costing us. In 2014, it was estimated that 160,000 tonnes of Christmas trees were dumped instead of recycled, meaning they went straight to landfill.

At the end of 2016, The Local Government Association estimated that the UK taxpayer pays nearly £100 per 40 Christmas trees that are sent to landfill. Because these trees are left to rot, they give out harmful methane gas, which is very bad news for the environment. 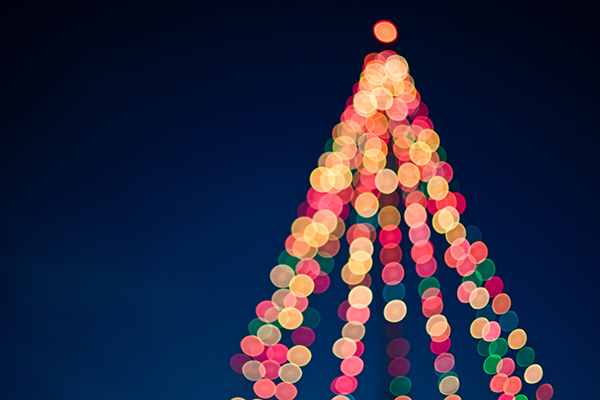 The Carbon Trust affirms that real trees are still better for the environment than fake trees, as you would need 10 years usage out of your fake tree to have lower carbon emissions than its real counterpart. The better option is to buy a potted Christmas tree with its roots, so that can be replanted and used year after year. If that’s not possible, you should do one of the following: 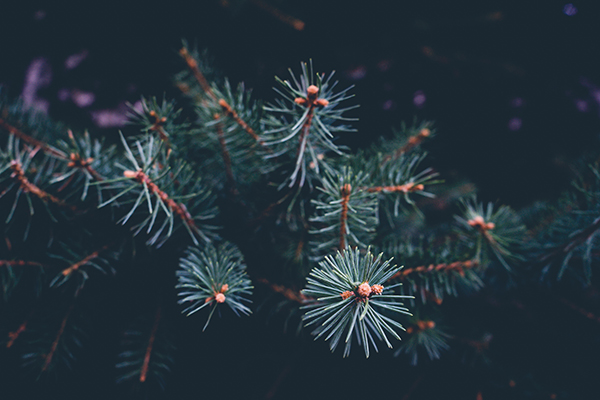 But what about trees that are neither real or fake and are totally waste free? Year on year, we see public buildings and spaces opting for more creative repurposed alternatives. Made from waste materials, found objects or objects that can be reused after the festive season, here are 5 of the best examples… 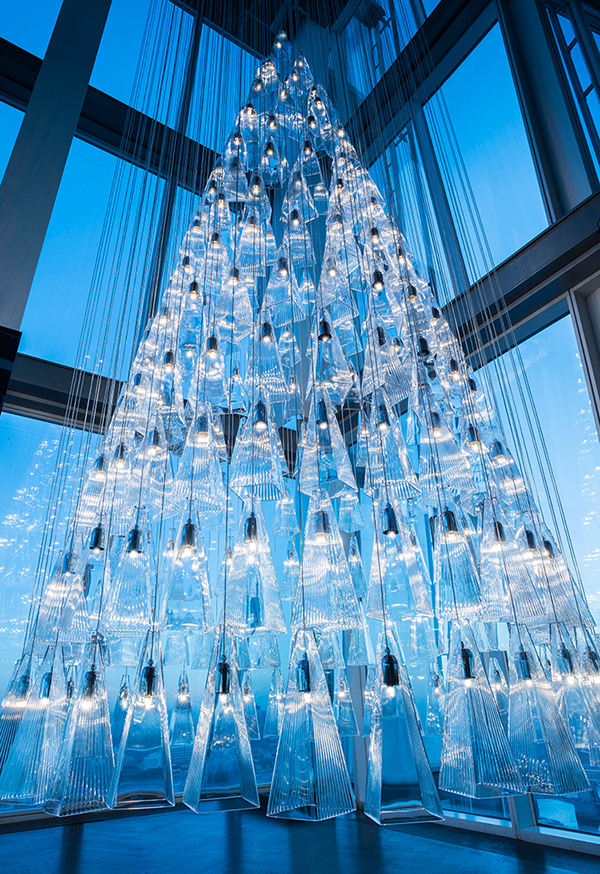 This year, designer Lee Broom has collaborated with Nude to create a stunning installation called The Tree of Glass for the Aqua Shard restaurant. 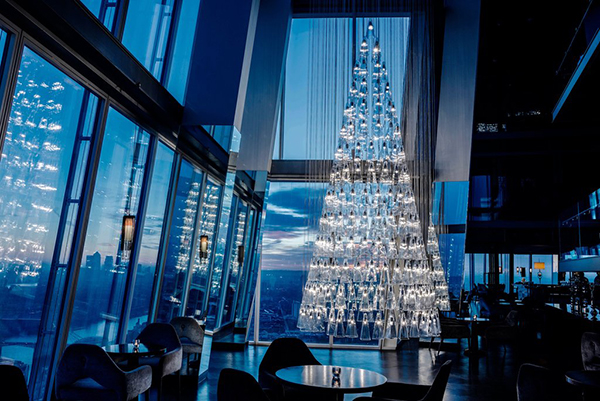 It’s comprised of 245 limited edition hand blown glass LED pendant lights, which after de-installation, will be individually sold off for £150 each, £100 of which will go to The British Red Cross. 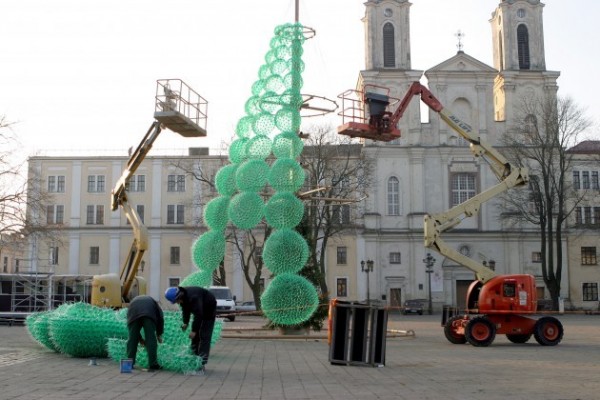 Resembling something out the Wizard of Oz’s Emerald City, this tree comes from Kaunas, Lithuania, where artist Jolanta Šmidtienė created an enormous 14 metre Christmas tree made from nearly 40,000 recycled green Sprite bottles and zip ties. At night the tree was lit from the inside, so that it turned into an eye-catching emerald green structure. 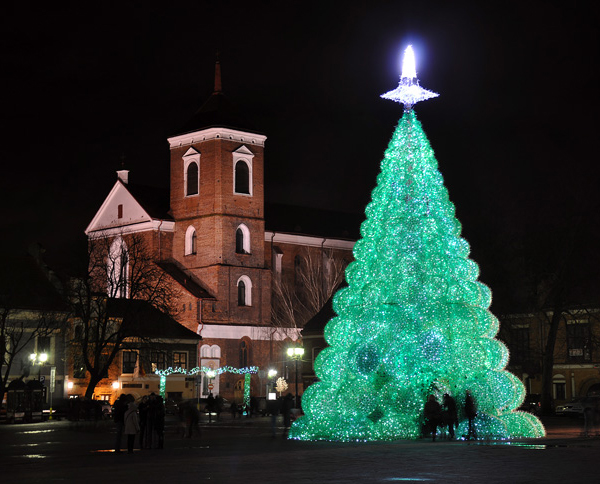 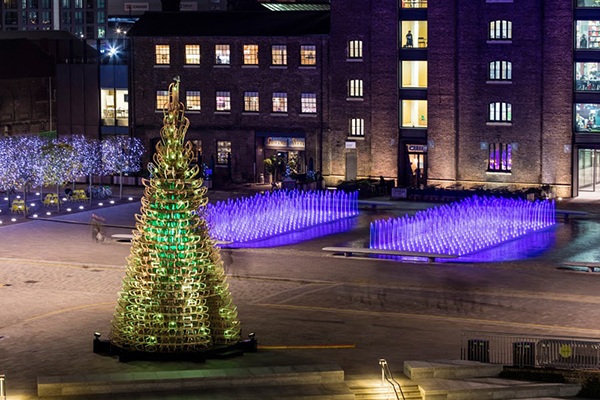 Budapest-based architectural collective Hello Wood installed alternative Christmas trees in London, Manchester and Budapest called ‘Charity Trees’. The trees were made from materials that could be reused after the holidays for various local causes. For the London tree based in Granary Square, King’s Cross, Hello Wood collaborated with local visual artists Creatmosphere to create an 11-metre tall tree made from 365 wooden sledges, each representing a day of the year. 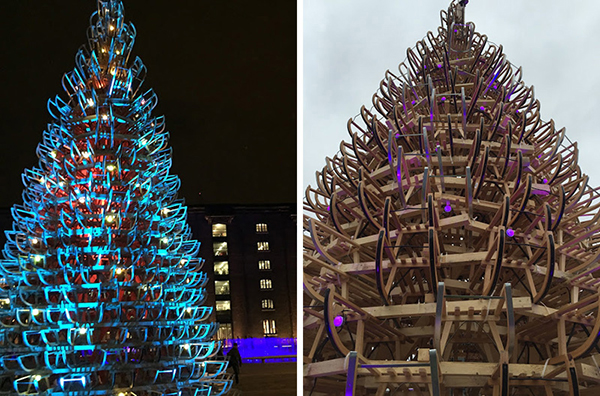 The installation referenced a time before the effects of climate change made snow a rarity, as Londoners would have gone sledging on snowy hills around this time of year. 100 sledges were donated to local schools and the rest were available to purchase, with 10% of profits going to charity. 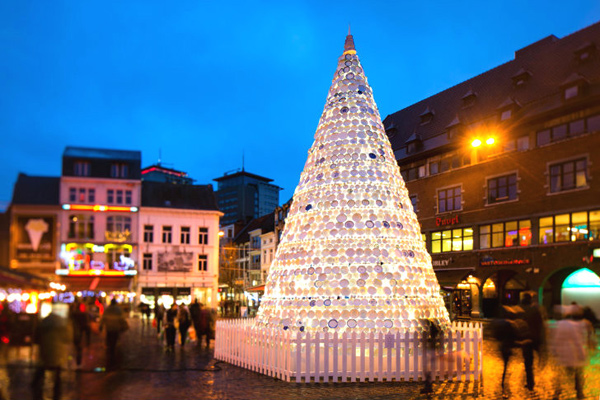 The Taste Tree was a project by Belgian company MOOZ in 2013. It’s made of 5,000 spare cups and plates, donated by the residents of Hasselt where the tree is situated. Hasselt is known as the Capital of Taste so the tree was built in honour of the city’s dedication to food. 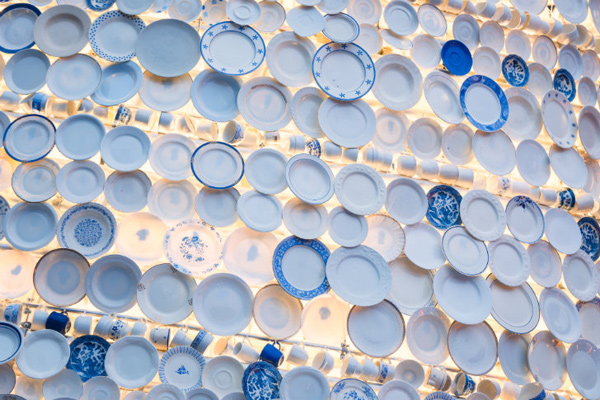 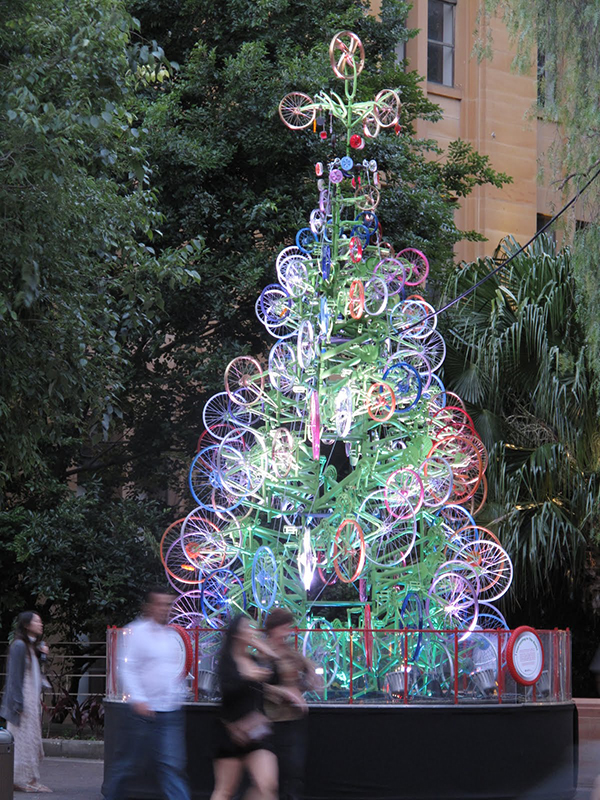 In 2008, The Rocks in Sydney began a tradition of building a Christmas tree out of recycled materials. First it was stacked chairs, in 2009 they utilised 18,000 plastic soft drink bottles and in 2010 they stepped up their game with a tree made of 100 bicycles donated by CMA Recycling. Photo by Sydney Emerald City

Feeling inspired? Check out these alternative Christmas tree ideas for the home.

Christmas trees made from recycled materials

Light installations made from waste at the Lumiere Festival