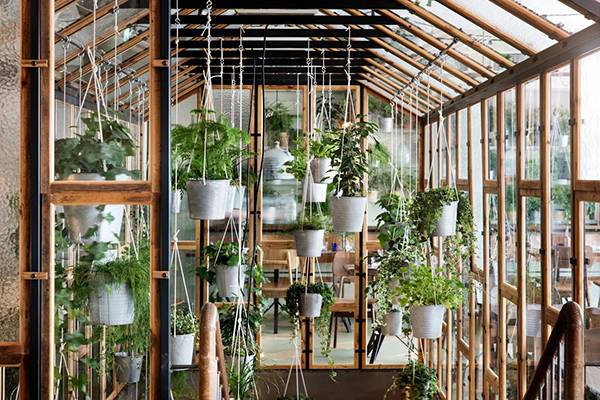 When I came across the eco botanic restaurant interior of Väkst, overflowing with lush green plants, I looked over at my wilting coriander and thought – yep, it’s really time to step up the amount of plant life in my living space. If you’ve managed to embark on some crisp autumn walks over the last month, the joys of being in close contact with nature will be prevalent in your minds, but we often forget the benefits of bringing greenery indoors. If you’re inspired to see this magnificent interior first hand, you’ll find it in the very cool city of Copenhagen  – just another reason to go there! 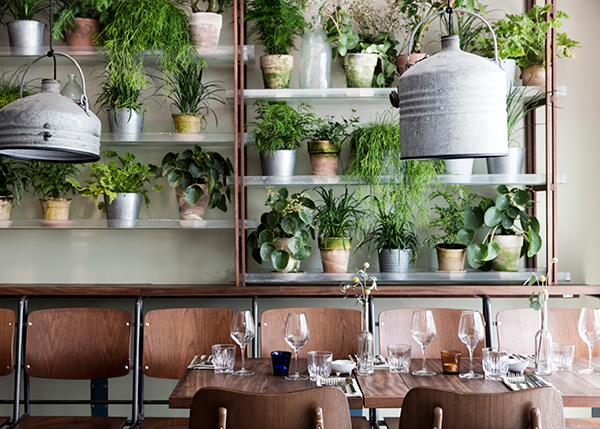 At the centre of old Copenhagen at Hotel SP34 on St. Peter’s Straight (or rather Sankt Peders Stræde) you’ll find Väskt, Cofoco’s recently opened restaurant, named after the Danish word for ‘Growth’ – and it’s easy to see why. Although the space had been a restaurant in it’s previous life, the old interior had a more formal and exclusive feel, with dark elements such as leather, brass and granite. The new interior is based around a garden theme and offers a light and airy oasis to busy urbanites.

Key to the success of the redesign is an imposing greenhouse structure  which creates a focal point at the centre of space. And the eco part? The new decor is all made with reclaimed materials by Genbyg – a Danish online marketplace for used building materials, which has been around since 1998. Genbyg, who were in charge of the design, decided to open up the rooms to create a more informal feel. Other fun additions include the lamps pictured above, which are made from old zinc milk cans. 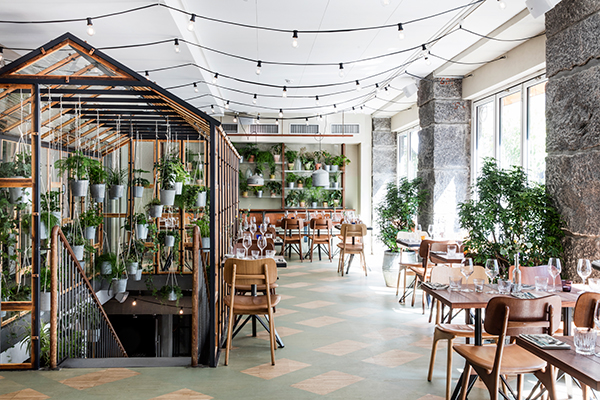 So why a greenhouse? The thinking behind the concept is to give guests a sense of being transported to a lush garden, enhanced by the shelves lined with plants and the festoon string lights hanging above, all of which adds to the outdoorsy feel and offers a taste of summer all year round. 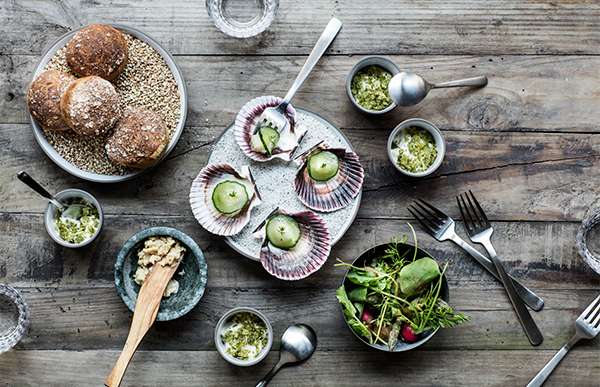 The menu at Väskt is distinctly Nordic and there’s a focus vegetables, without being strictly vegetarian. Enticing dishes include ‘grilled monkfish, browned butter, grilled lettuce and bacon/cheese crumble.’ Väskt also happens to be the sister restaurant to Höst which if you haven’t seen already (also featured in the Upcyclist book), is another fantastic reclaimed interior.

The tall greenhouse spans upwards over two floors. The green theme is also picked out in the flooring, which was painted as such to resemble one giant tablecloth. 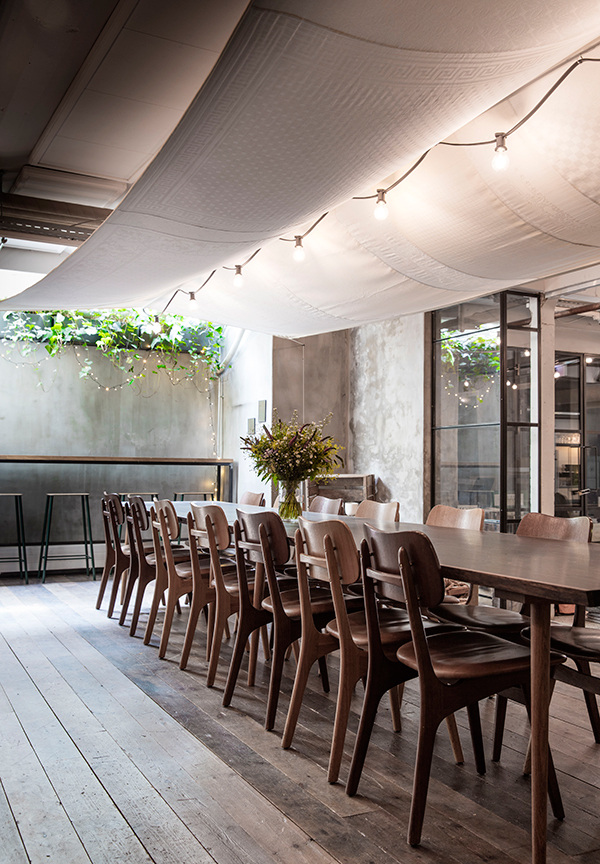 A cosier vibe can be found in the basement level of the restaurant. A ‘sail’ light feature was made from stitched together old tablecloths. 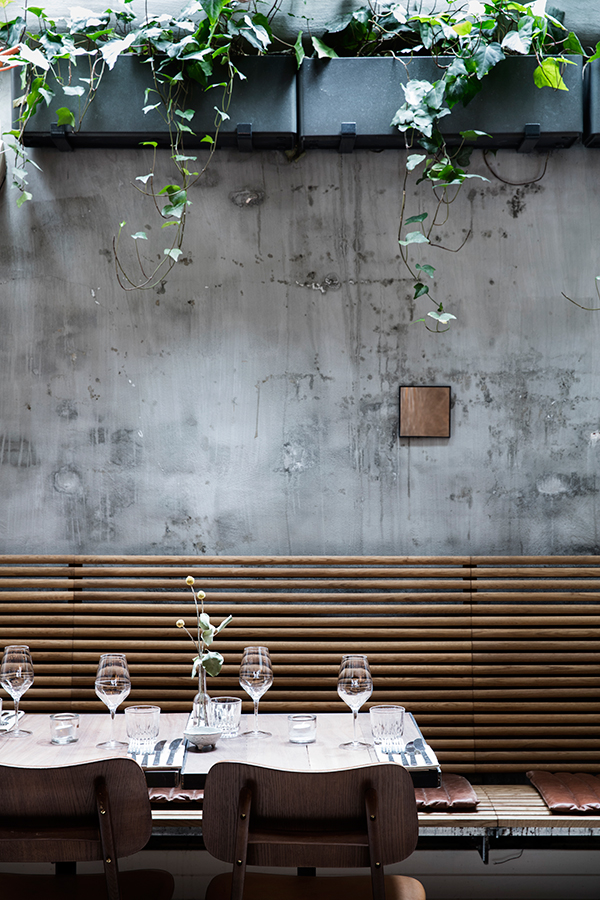 Below is a list of all the reclaimed items that were incorporated into the scheme:

Inspired to create a hanging garden at home? If you’re still not convinced, studies by the Royal Horticultural Society indicate living with house plants improves the air quality, reduces stress levels and increases productivity. So on that note, here is a handy list of their recommended plant species, which remove harmful VOCs. ‘Mother-in-law’s tongue’ anyone? If it makes me more productive, I’m down!