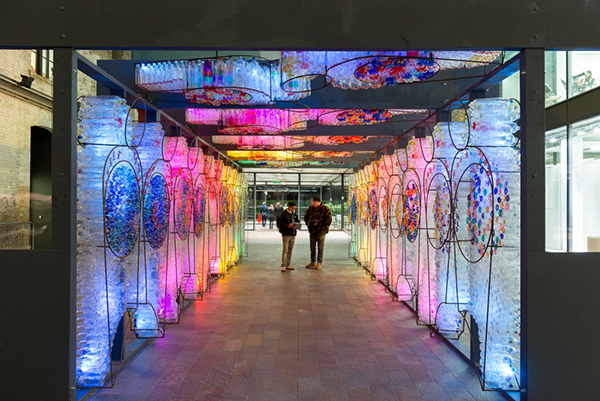 Last weekend, the chilly capital was aglow with dazzling light installations, projections and sculptures by various artists for 2016’s Lumiere festival by Artichoke. Among the 30 installations at Lumiere London was a piece called Litre of Light by Mick Stephenson, located at the Crossing, Central St. Martins, right by the commuter hub of King’s Cross station. With the help of students of Central St. Martins the walkway was illuminated with recycled plastic bottles, utilising a technology developed by MyShelter Foundation’s Litre of Light campaign. The bottles contain water and bleach and by refracting the sun’s rays, are able to create 55-watts of light. The technology was designed to help light up communities in developing countries, without electricity. You can read more about it here. Photo above and below by Will Eckersley via Design Week. 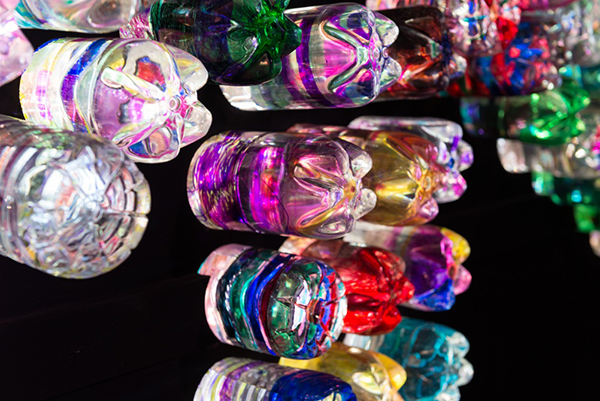 Plastic bottles were also used for an installation, by the anonymous artistic group Luz Interruptus (featured previously here and here).  Highlighting the environmental impact of the ‘Garbage Patch’ of marine litter that gathers in the North Pacific Ocean, the glowing fountains of Trafalgar Square were filled with thousands of plastic bottles, including those donated by the general public. Photos by Lola Martínez via Luz Interruptus: 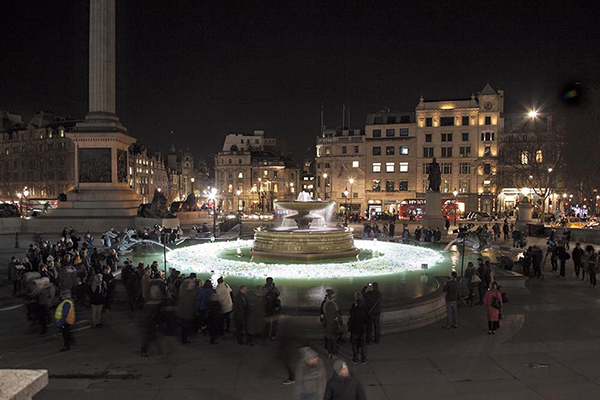 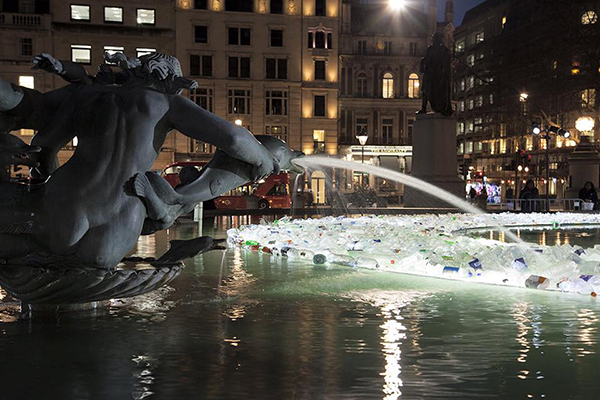 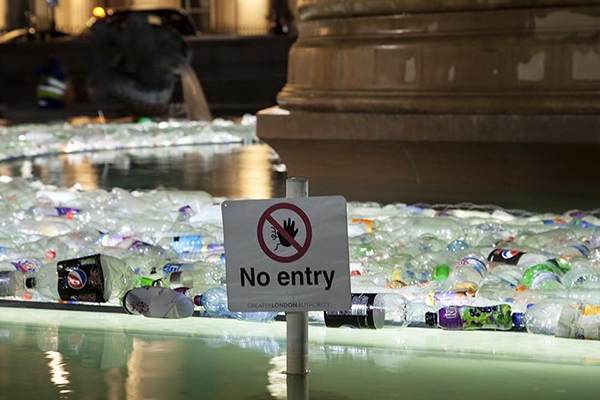 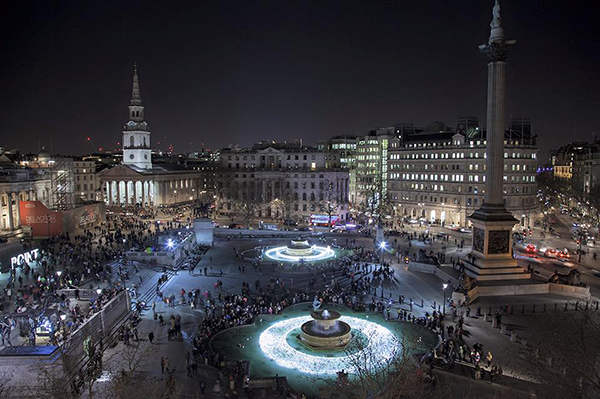 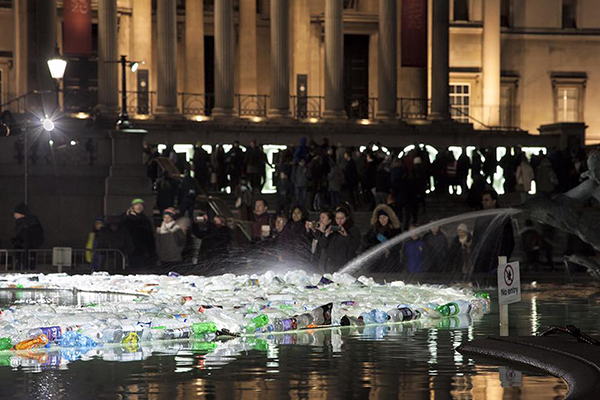 In Grosvenor Square, a British icon was revived as a red telephone box was turned into an aquarium containing goldfish. Aquarium was created by Benedetto Bufalino and Benoit Deseille. 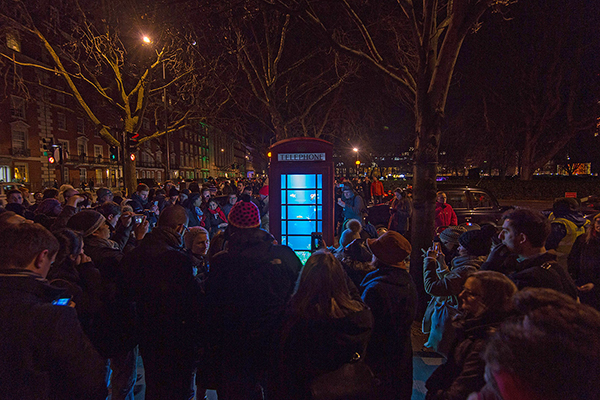 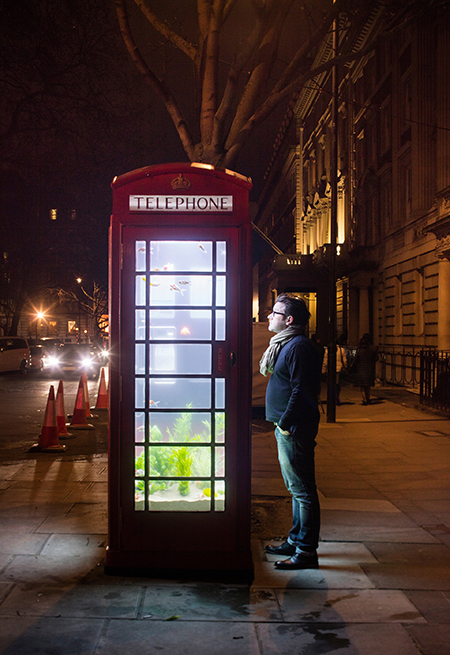 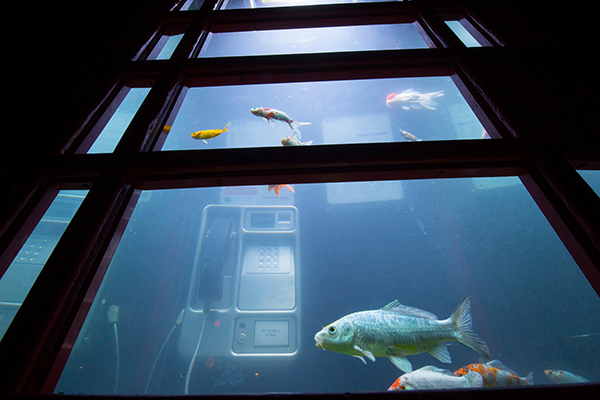 Photos by David Levene for the Guardian