Cloud by Susie Macmurray made from reclaimed barbed wire 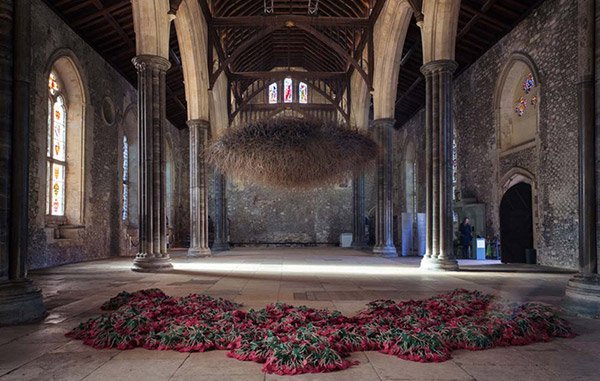 From her Promenade (2010) featuring 105 miles of gold thread to her musical manuscript installation Resonance (2013), we continue to be amazed by Susie MacMurray‘s creations. For Cloud (2015) at The Great Hall, Winchester, MacMurray’s latest installation is made from reclaimed military barbed wire and butterfly netting. The piece was commissioned for the culminating exhibition of Hampshire’s Big Theme ‘1914’ and is a response to conflict, loss, memory and commemoration, with particular reference to the First World War. The artist says:

‘’The war hung heavy over the population of this and other countries like a great storm cloud – its shadow touching everyone and sucking individuals into its mass on an unprecedented scale.  People who were left behind were affected just as profoundly as those who crossed the sea to fight.  The humble identity tags British soldiers wore, strung on simple twine around their necks, seem a poignant and fragile symbol of the 40,000 Hampshire souls who served in The Hampshire Regiment during WW1. I imagine the original fibre discs resting against each mans’ skin, close to his heart. The tags here, some with names written upon them and some left blank, echo the mass of individual lives. The known and the unknown, those who returned and those who did not, all bundled together. They are personal reminders of each unique individual life within an incomprehensible multitude.’’ 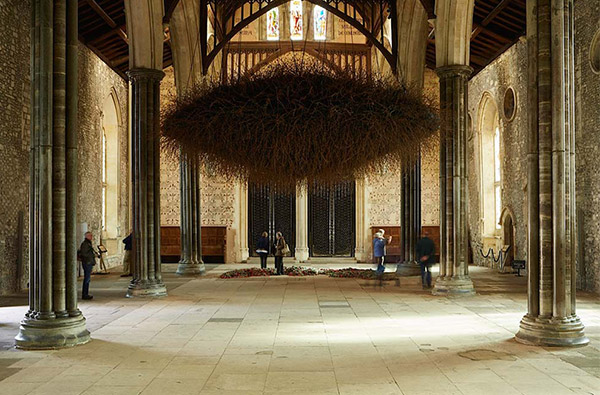 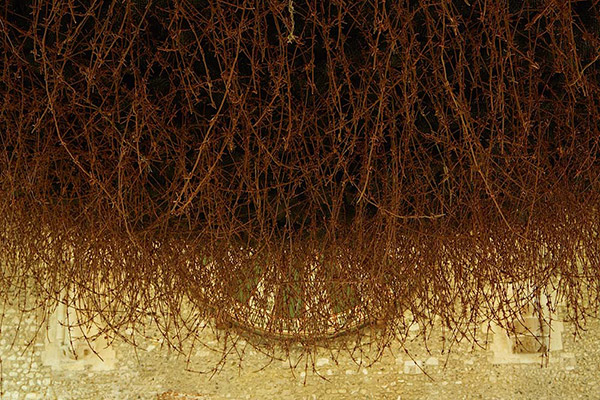 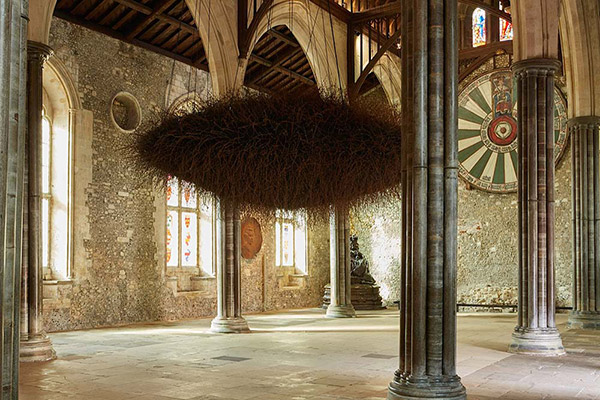 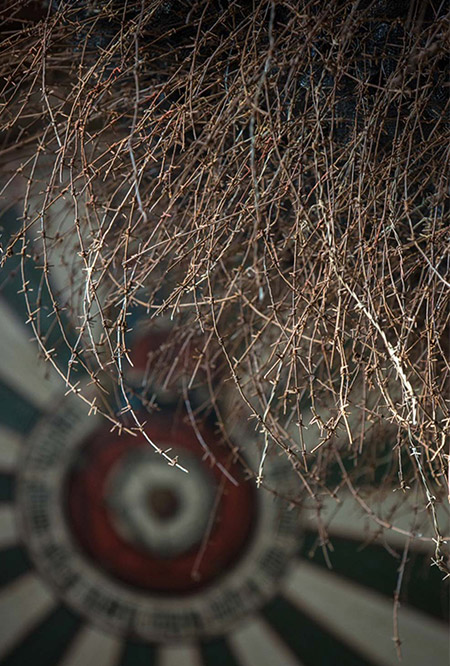 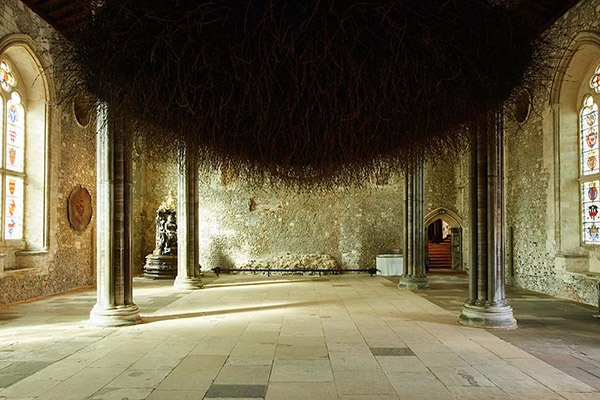