Seascape art made from upcycled maps by Matthew Cusick 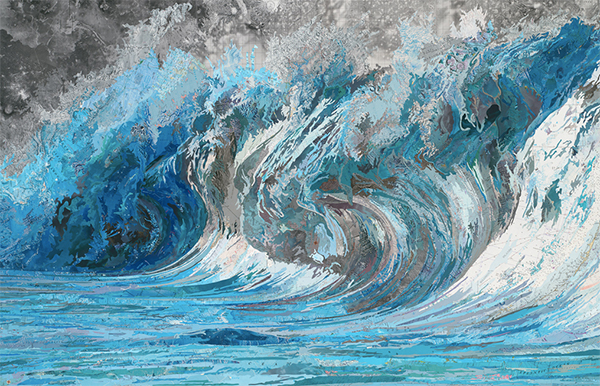 We return to the work of Matthew Cusick, an American artist who has created a visual vocabulary using cut out maps from atlases and books. Previously we featured some of his portraits and cityscapes, also made from upcycled maps.

Another subject favoured by Cusick is the depiction of dramatic waves inspired by Japanese motifs, usually carved from oceanic charts. Stephan Reisner says of his work:

“Maps impress him with their colours, forms and designs. For him they are the perfect working material as they directly transport him into a breathless, unexplored representational territory.” 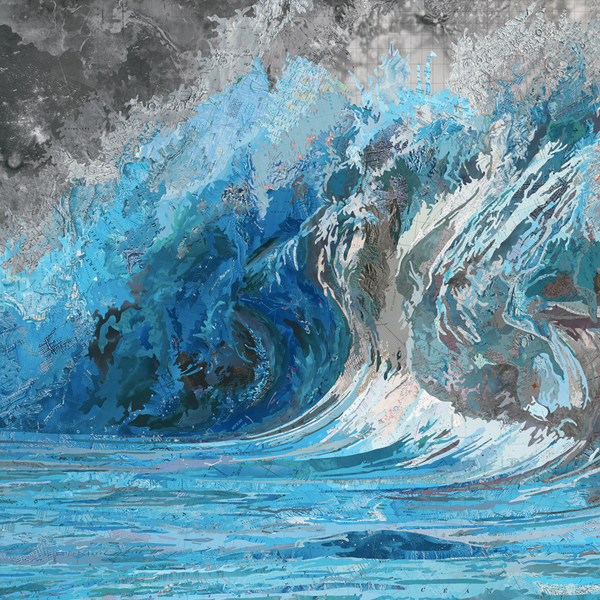 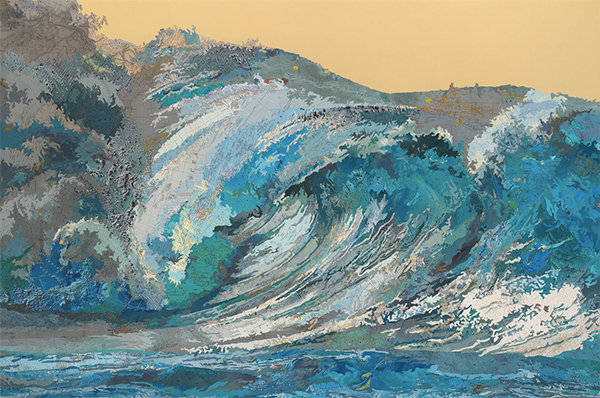