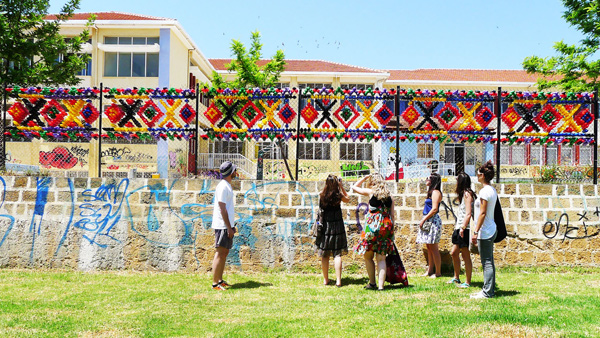 Kollektivemind* are an Athens based design team specialising in architectural research and implementation. Projects such as Argallios (loom) pictured above explore the potential of reuse and upcycling. Argallios took place at a primary school on the island of Crete and made use of over 2100 plastic bottles which were painted and arranged to replicate a traditional pattern found on a Cretan textile.

The team also collaborated with Collage, a new all day spot in the downtown Athens area. Drawing inspiration from the name of the venue, they created a colourful installation of Lenny Kravitz on a concrete wall made from around 8,000 buttons, a material found in abundance in the district. The idea was to create a handcrafted installation that would give character to an otherwise industrial environment.

Napking* was an installation which welcomed guests to the first eco fashion show in Greece as part of DoitEco earlier this year. The dress made was made from napkins that were repurposed to create a three-dimensional folding surface. 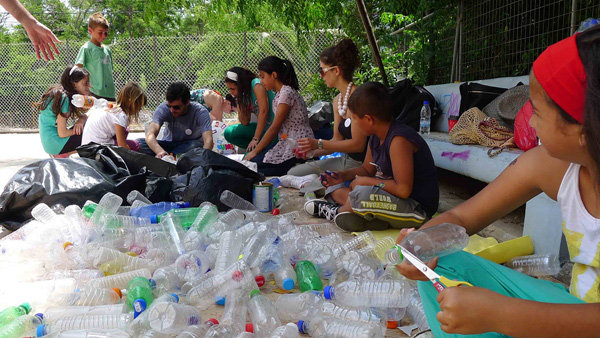 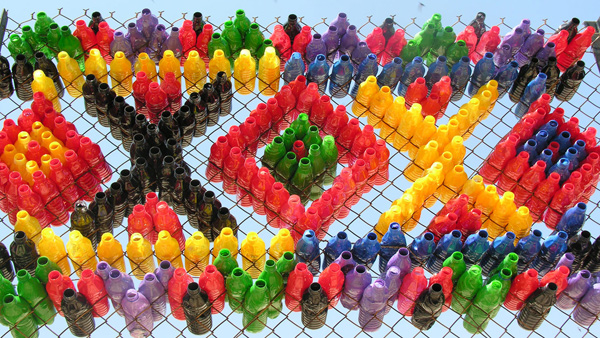 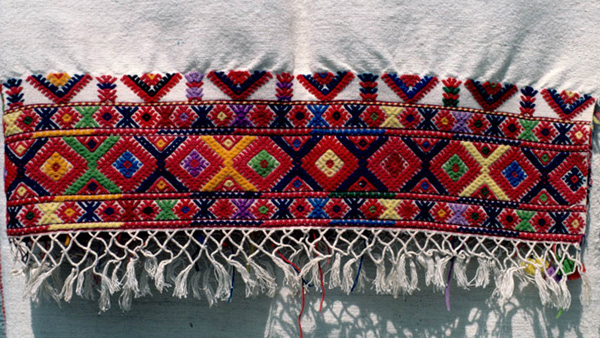 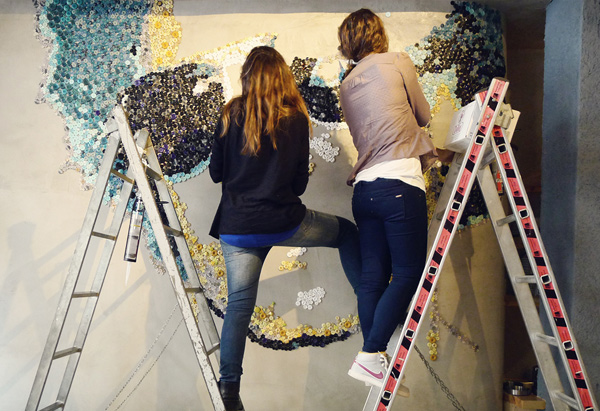 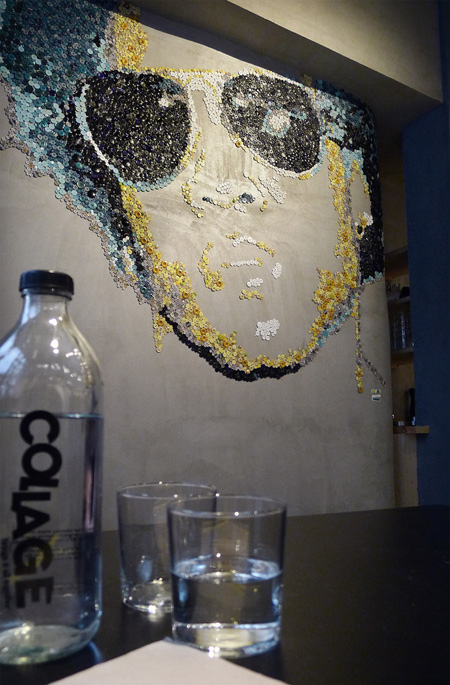 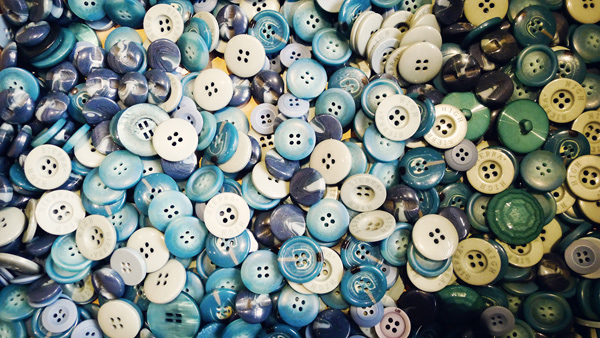 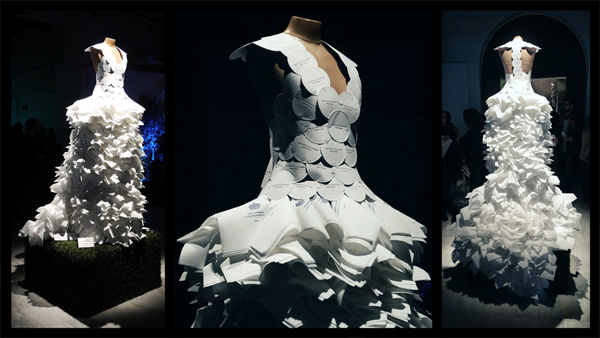 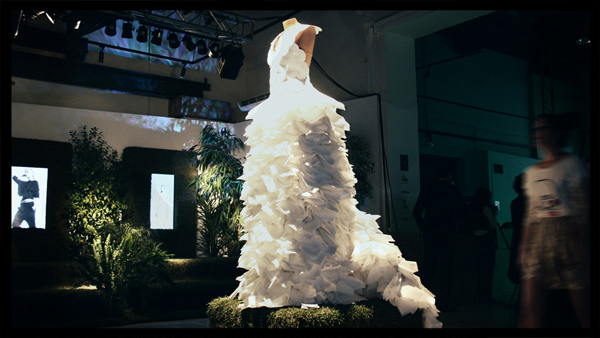