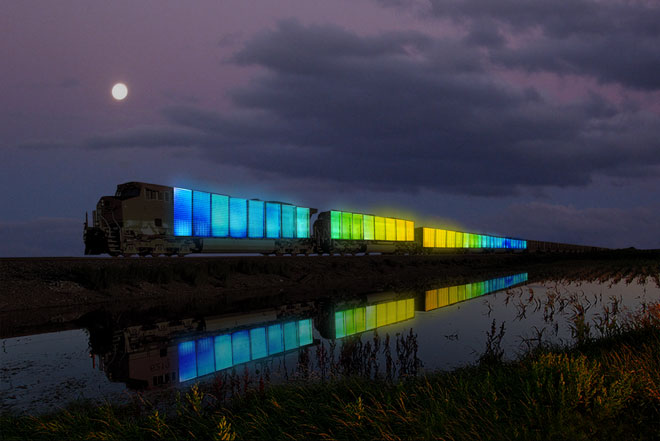 Come September, artist Doug Aitkin will be turning a train into a kinetic sculpture (as per the rendering above), a moving cultural studio for a project called Station to Station. The art train on tour will stop at 10 locations across the USA and the artist will curate a site specific event at each station which will include music, food, experimental film and digital media installations. The artist says, “For a short time, the most interesting place in the country will be a moving target.”  Station to Station: A Nomadic Happening begins in New York on September 6th and from there travels to Pittsburgh, Minneapolis, Chicago, Kansas City, Santa Fe, Winslow (Arizona), Barstow (California), Los Angeles, and San Francisco. Via Wired