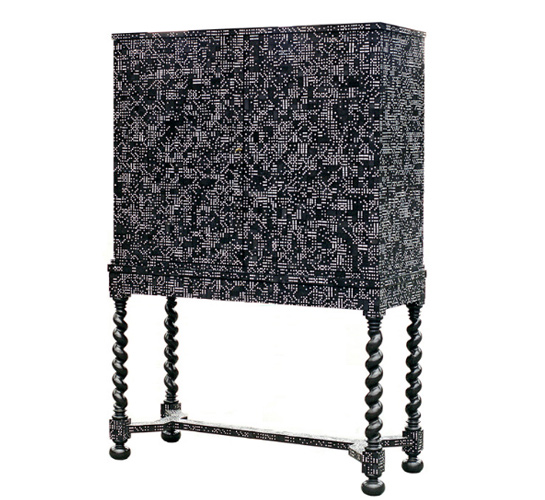 The Super Design Gallery at last month’s Super Brands London  featured a selection of items that demonstrated some supreme international design talent. Dominocabinet Number 5 (above) is by Dutch designers Atelier Schelling & Borsboom, a limited edition of six which took 12,000 wooden dominoes to create.  The design was inspired by Dutch 17th century collectors cabinets and according to Onno Schelling, the work is about ‘contrast, similarities and imagination’ – the mass produced dominoes contrast with the highly precious veneers used on the classical cabinets. It’s interior shows a façade of a 9 storey building, hiding 20 drawers and a central sliding and opening piece, taking the classical themes of architecture and secrets to a whole new contemporary level.  Via Primeresi.

Thousands of bottle caps decorate a house in Eastern Russia