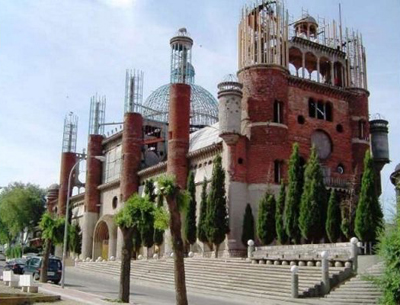 Certainly one for the bible of eco design… An elderly Benedictine Monk from a quiet Madrid neighbourhood has built an entire cathedral out of reclaimed materials.  After falling ill with tuberculosis, Justo Martinez (aka Don Justo) promised himself that if he recovered, he would devote his life to building a church with his own money, on his own land.  Despite having no plans or permits, the city has tolerated the structure which has been steadily rising for the last 50 years and now stands at 131 feet.  With a little help from his nephews and and an assistant, concrete support columns have been fashioned from old oil drums and the roof adorned with tons of locally salvaged bricks and tiles.  The design is loosely based on St Peter’s Cathedral but incorporates motifs found in castles, churches, and even The White House.  Image via The Huffington Post

One Reply to “Grand designs: a cathedral built entirely from salvage”